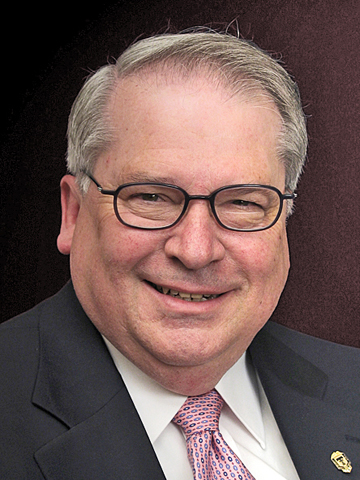 He has been affiliated with Texas Tech University in Lubbock, Texas for over 40 years, beginning in 1969 as Assistant Professor of Geosciences. Other positions included Chairperson, Department of Geosciences, Associate Dean for Research and Development, College of Arts and Sciences, Vice President for Academic Affairs and Research and Executive Vice President and Provost. He served as President of Texas Tech from 1996 to 2000 and has been honored as President Emeritus.

Dr. Haragan was a consultant to the University of Jordan under the auspices of the United States Information Agency. He also served as Committee Chair of the Academic Affairs Committee, Commission on International Affairs of the National Association of State Universities and Land Grant Colleges and as President of the Southwest and Rocky Mountain Division of the American Association for the Advancement of Science. He was named a Distinguished Graduate of the University of Texas College of Engineering in 2001 and was elected a charter member of the Civil and Architectural Engineering Academy of Distinguished Alumni in 2003.

His areas of professional research include water resources and conservation, hydrometeorology, global climate and the distribution of precipitation, meteorological drought, cloud and precipitation physics and weather modification and environmental pollution and diffusion modeling.

Dr. Haragan’s association with Capital Formation Counselors, Inc.® began in 2001 as Vice President of this corporation devoted to the long-term preservation of private capital.